Elektra’s Forgotten Team Was ANNIHILATED on Its First Mission


The Elektra: Root of Evil miniseries tells the story of the longtime Daredevil ally’s first team, from their humble beginnings to their tragic ending.

Since taking on the role of Daredevil, Marvel’s deadliest assassin, Elektra Natchios, has protected Hell’s Kitchen with the deadly precision she’s known for. Although she usually prefers to work alone, Elektra has recently taken on an apprentice. She clearly sees a lot of herself in the young Alice, who shows a great deal of potential. But, the first time she worked with a team things went horribly awry.

In the 1995 four-issue miniseries Elektra: Root of Evil, by D.G. Chichester, Scott McDaniel, Hector Collazo and Christie Scheele, Elektra has grown frustrated with the Chaste, the organization that trained her. She believes that they aren’t taking a proactive enough approach in their battle against injustice. But she knows that she can accomplish more working with others than on her own, so she calls in a favor with Nick Fury who spreads the word that the famous assassin is looking to assemble a team called the Ryu.

Elektra fights each of her would-be students to test their skills and bravery. After these grueling try-outs, she picks six talented warriors who are eager to learn more and willing to put their lives at risk. Salvo is a Scottish mercenary trained in hand-to-hand combat as well as guns and explosives. He and Target, a South African archer, represent the Ryu’s long-range offensive assets. They are joined by Lynch, a master of Hojōjutsu, or rope binding; Niko, a master swordswoman; Impact, an acrobat who uses acupuncture to increase his own senses; and Masquerade, an aptly named master of disguise and deception. They are all already incredibly skilled fighters, but eager to learn Elektra’s secrets. They’re willing to work with her in exchange for her tutelage, but it is clear that they are pursuing their own crafts more than any sort of justice.

The Ryu’s first mission takes them to a homeless shelter in Utah where Elektra’s former lover Tekagi plans to murder a priest. Tekagi is the current leader of the Snakeroot gang. They recently stole an ancient sword known as the Sakki, and plan to christen it with the blood of the innocent in accordance with an old legend. Their first target is Peter Nova, a priest and philanthropist who volunteers at the homeless shelter. In an attempt to save Nova, Elektra and her pupils disguise themselves and wait for the Snakeroot at the shelter.

Sadly the inexperienced team is no match for the veterans of the Snakeroot. When Tekagi and his fellow villains arrive at the shelter, Elektra and the Ryu spring into action. Niko leaps at one of the assailants with both her swords drawn but is quickly burned alive by a powerful blast from a flame thrower. Target meets a similarly unpleasant fate early on in the battle. His arrows keep his enemies at bay for a while, but once they get close enough, they strangle him to death with a chain. Tekagi lets his men handle the Ryu while he and Elektra spar. She holds her own, but is unable to defeat Tekagi. While they are sparring two more of her pupils are killed, leaving only Salvo, Impact and herself. They grab the priest and try to flee to safety, but Tekagi disarms and kills Salvo before gunning down Impact and killing the priest with the Sakki sword.

While all of Elektra’s proteges were formidable fighters, they were easily beaten by a more experienced team. Elektra eventually avenges her fallen students and kills Tekagi, but she doesn’t recruit anyone else. It is worth noting that when acting alone, she was far more effective than she was when working with a team. Some of this can certainly be attributed to the fact that she learned from her first failure, but it may be that she just works better when she is alone. Death surrounds Elektra at every turn, but the deaths of her students may have been among the most formative losses of her adult life. 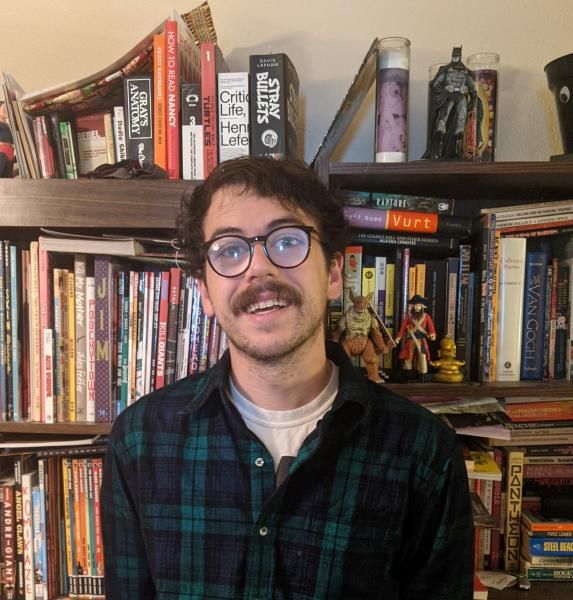 Dustin Holland is an avid reader, writer, and art-lover living in Colorado. He has spent most of his life reading, selling, and talking about books and comics. Dustin is also an aspiring cartoonist whose work can be found at Gorchverse.
Follow him on Twitter at @DustinHolland26.

The Treehouse Headquarters Is Cooler Than Avengers Tower