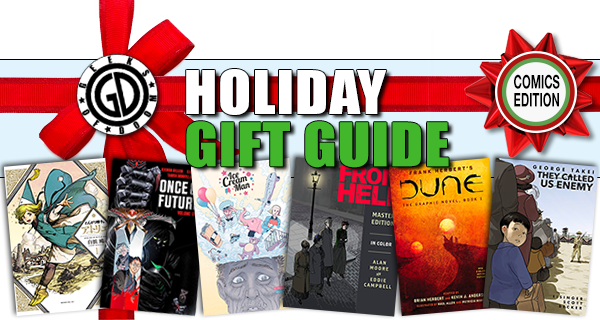 Reading comic books has always been a great way to escape from the real world and after the year we’ve just had, the situation of which is likely to continue on into 2021, now more than ever is a great time for some escapism. So this holiday season, give the gift of comics – there’s plenty of new offerings: an all-new Dune adaptation; a master edition of Alan Moore’s From Hell; and even an audiobook for Neil Gaiman’s The Sandman! There’s lots to choose from, so check out our picks in our Holiday Geek Gift Guide 2020 for Comic Books and Graphic Novels. 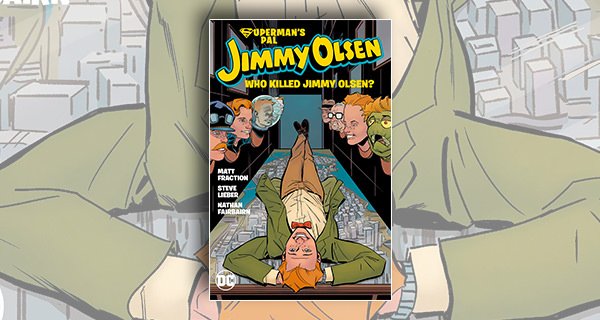 Superman’s Pal Jimmy Olsen: Who Killed Jimmy Olsen
Widely regarded as one of the best series of the year, Matt Fraction and Steve Lieber show that comedy can work in comics, you just have to be really good at it. Jimmy Olsen goes on a quest that takes him across the DC Universe that is as weird and wild as you’d want it to be. 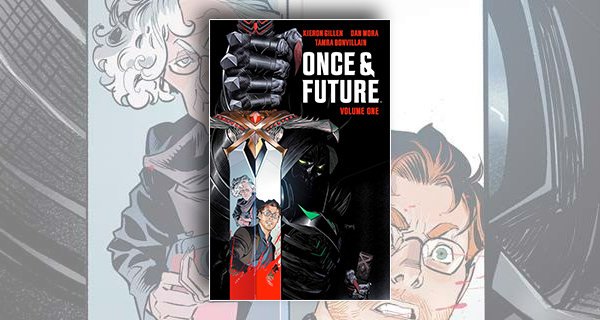 Once and Future Volume 1
Arthurian myth meets Indiana Jones with a dash of Hellboy as writer Kieron Gillen tells the story of a museum curator and his grandmother coming together to fight mystic monsters from England’s past. Gillen is great at putting in a lot of research for his writing, so if you like all things that have to do with the King Arthur cycle, check this out for an accurate but different take.

Ice Cream Man Volume 5: Other Confections
I’m listing the fifth volume merely because it’s the most recent, but really you can pick up any volume. Honestly, you’ll want to start with the first volume because once you start reading this creepy, wild, fascinating horror story, you’ll just want more. Ice Cream Man is quite frankly the most interesting comic book being made these days, with amazing exploration of the comic book form, from Dr. Seuss pastiches to issues that work going forwards or backwards, there’s always something new to read. 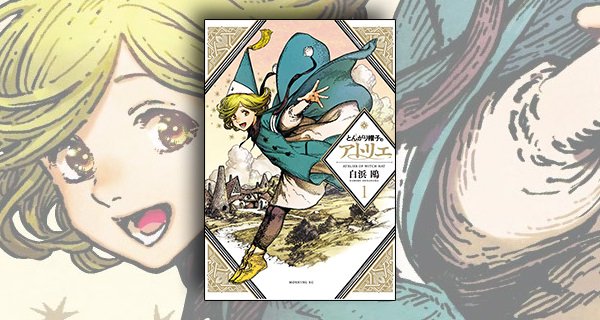 Witch Hat Atelier
Witch Hat Atelier didn’t win an Eisner award for nothing. This is a beautiful and charming story of a young girl who gets caught up in magical shenanigans and is forced to start her path towards learning the ways of magic. If you’re particularly interested in series that have interesting magic systems that get thoroughly explained, this is for you. Or if you just want to read some amazingly detailed art, you won’t be disappointed. 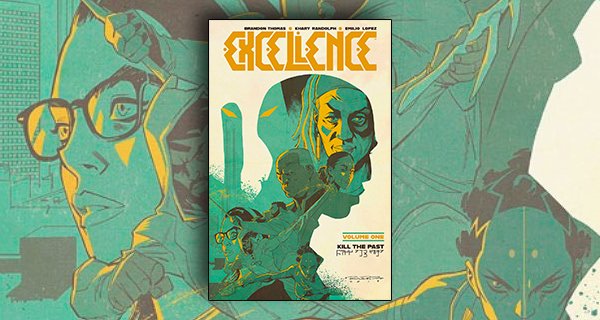 Excellence: Volume 1
This is another magical series, but massively different from the previous entry. Instead of a quaint countryside, this takes place in New York City and is the story of fathers and sons and the corrupting influence of power. The art by Khary Randolph is unique in American comics and this is another story with fantastic world building and plenty of twists. 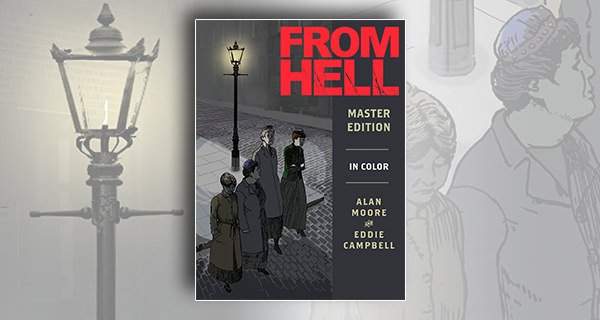 From Hell: Master Edition
This is a new edition of one of the finest comics in history. This new version gets a color upgrade for the first time, done by artist Eddie Campbell himself. If you’ve never read Alan Moore’s deep and fascinating look at Jack the Ripper, or if you’ve read it a hundred times, there is something new here for you. 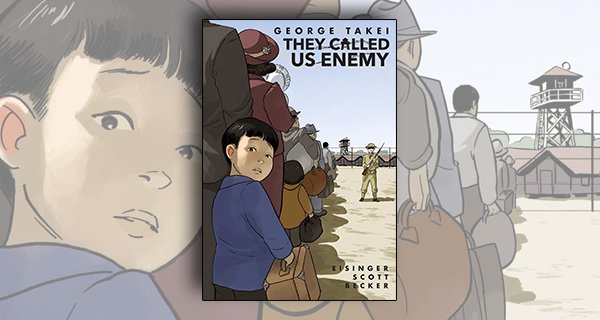 They Called Us Enemy
This is the memoir of Star Trek actor George Takei and his childhood in a Japanese internment camp in the United States during World War II. Maybe not the lightest read, but an important, enlightening, and fascinating look at a time and place that deserves to be known by everyone. 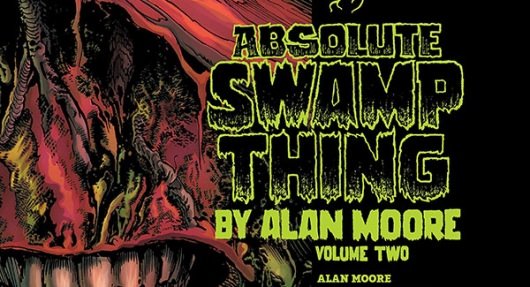 Absolute Swamp Thing Vol. 2 HC
Before comic book creator Alan Moore became the legend he is with Watchmen and V For Vendetta, DC handed him a Swamp Thing run and man did he run with it! Now, there’s a second volume Absolute Edition for Moore’s Saga of the Swamp Thing #35-49, which contains brand-new coloring and better quality printing in an oversized hardcover edition. 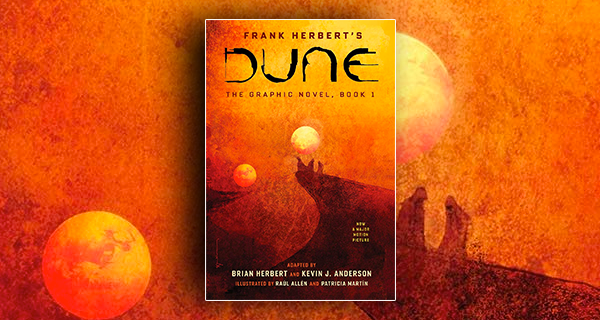 Frank Herbert’s Dune: The Graphic Novel, Book 1 HC
Frank Herbert’s epic science fiction tale gets a beautiful graphic novel adaptation in this new series from Abrams ComicArts. The original novel was divided into three “books,” so this hardcover graphic novel series will follow in the same format, with Book 1 out now. The series is adapted by Brian Herbert and Kevin. J Anderson, the long-time Dune writing duo who’ve kept the novels going after Frank Herbert’s death, with art from Raúl Allén and Patricia Martín. With a new film adaptation on the way, now’s a great time for fans to revisit the desert planet or to introduce someone to the world of Dune. 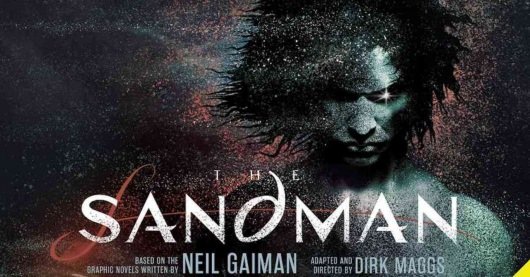 Neil Gaiman’s The Sandman graphic novel collection has seen its share of reissues and new editions over the years, but now one of the greatest comic book series of all time has been adapted into audiobook format! This nearly 11-hour first installment of the series is narrated by none other than Gaiman himself and boasts a full cast original recording featuring the voices of James McAvoy, Michael Sheen, Riz Ahmed, Kat Dennings, Taron Egerton, Samantha Morton, Bebe Neuwirth, Andy Serkis, and more. Now available via Audible or on Audiobook CD, this new format for The Sandman is a must-have for Gaiman fans as well as for those who want a different way to experience Morpheus, Death, and the rest of the Endless. The CD also comes with a booklet outlining the cast, characters, and episodes, and features the original cover art by Dave McKean, along with 3 exclusive Sandman stickers.

Buffy the Vampire Slayer Legacy Edition Book Two
Second in a hopefully long line of releases, this paperback contains the next set of comic books in order of how they were originally published. Encompassing the senior year of Buffy and Co., this one is set during season three. An excellent find for those who failed to grab these early comics during their original release. 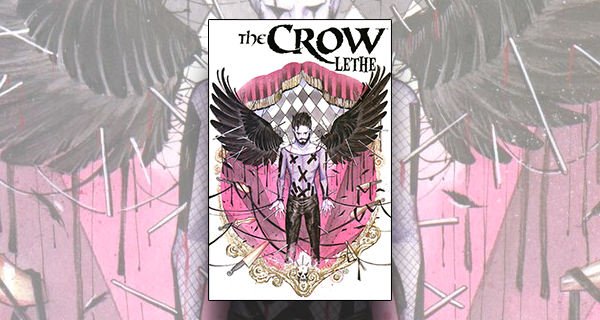 The Crow: Lethe
A slightly different take in the world of The Crow, our hero is unable to remember much of anything. Working as a performer in a circus sideshow, he is subjected to horrors and dangers that would obviously kill any one else. But is he being stalked and if so, why? An amazing little graphic novel collecting all three comics by Tim Seeley of Hack/Slash fame. 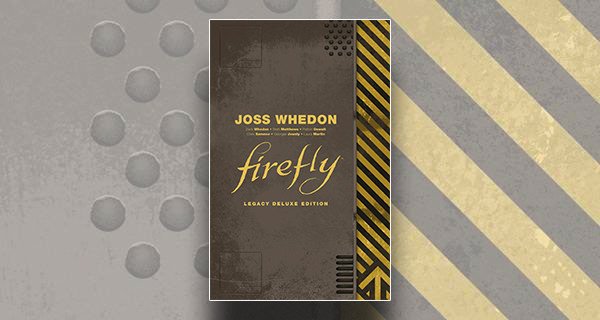 Firefly Legacy Deluxe Edition
Over 600 pages of sequels to the fan favorite Firefly television series and the followup movie, Serenity. This massive tome continues the adventure of the franchise that really should have had more than one season. This is a worthy collection sure to warm a Browncoat’s heart. 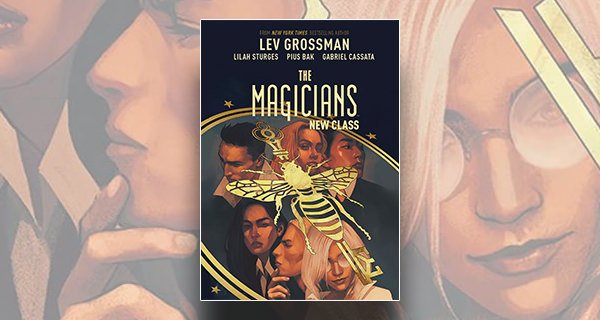 The Magicians: The New Class
Times have changed and the elite school of Brakebills is allowing a new type of student within its walls, hedge magicians. Not classically trained, but no less adept at the arcane arts, these new recruits have to prove themselves to the self-stylized “real magicians.” But anytime you put that much power in one place, things are sure to go awry. This collects all five of the comics into one nicely bound giftable item. I loved it and am waiting for another series!

Check out all of our Holiday Gift Guides for more ideas, and remember, if all else fails, there’s also the Amazon.com Gift Card, you can have emailed to the recipient (arrives immediately) or you can print out the gift card at home and give it to the intended that way. If you order in enough time, you can get the physical gift card sent directly to you or to the recipient.