It’s interesting that for years UPC codes or barcodes were overlooked features on a comic.  Literally, no one cared about them or talked about them.  These days, the UPC code could be the most important element of a book.  A UPC code on the right book could mean twice the value while on other books, it means no difference in price.  Being knowledgeable is even more vital.  Let’s take a quick look at the history and then delve into price implication and potential bargains in the marketplace.

UPC Code history
In comics, UPC codes started in 1976 and featured 13 digits. Widespread use of the UPC code starting in May/June 1976.  Examples:

For the next 10+ years, they would use the exact same barcode except for the month, which was the last two digits.  So from June 1976 until January 1987, UPC codes repeated every 12 months.  All of these Amazing Spider-man issues share the same UPC code.

Then in Jan 1987, Marvel changed their UPC code to 14 digits.  DC followed suit the next summer.

Six and a half years later in July 1993 most publishers went to the modern UPC which is 17 digits. 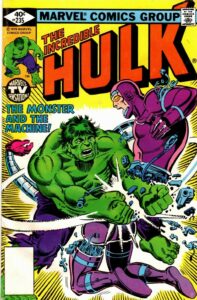 In the early days of direct edition copies, specifically the summer of 1979, Marvel experimented with a couple different versions.  Initially, they had a blank box where the UPC code should be, then to a UPC with a diagonal line through it, finally to a box with a picture.  Here are examples of all three in the Incredible Hulk series. 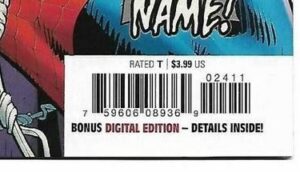 Here at the Comics Price Guide offices, we’ve added tens of thousands of comic book UPC codes into our database.  With those in the system, you can scan a comic book with our free app and get pricing or other information.  You can also type the code into the main search bar on the website and get the same information.  This is a great perk for our members allowing them to quickly find the exact book that they are looking for.  During the process of adding all of these issues, we’ve noticed some things that might be helpful to collectors.

Direct edition books from 1979 and 80 should carry a premium over newsstand issues because they were produced in lower quantities.  We haven’t seen this reflected in the market but it does make sense.

High-grade newsstand issues should have a premium especially when UPC codes went to 17 digits. (July 93)  They were produced in lower quantities and treated poorly but retail staff as well as customers.  A key issue during this time could see significant price increases.  We’ve seen this very clearly with Spawn issues.

Some books seem like they should be priced at an elevated rate but aren’t recognized by the market yet.  If I mentioned specific books the beautiful untouched snowy landscape would be lost.  This is a real opportunity for savvy buyers who arrive before the price goes up.

In general, if you are chasing the next hot book you’re probably arriving too late.  The best approach is to see where the market is going and plan a few steps ahead.  The market is clearly starting to recognize the differences between newsstand and direct issues.  The full scope hasn’t been realized yet but it’s going that direction.

WHAT’S COMING FROM DC THIS DECEMBER This Friday, DC...
Uncategorized

As a film critic, I spend a lot...
Uncategorized

The Rise and Fall of Comic Book Queer Coding

Happy Pride! These days, we’re all trying to...